Being Black and Muslim: An Affirmation of Black Self Determination and a Challenge to

After her Africa@OHIO Colloquium presentation, the Editor, Ifeoluwa Adedeji, had a conversation with Dr. Bayyinah Jeffries, an Assistant Professor of African American Studies at Ohio University, where she shares more about her study of the Nation of Islam and the struggle for Black Liberation.

The African Refugee Crisis and Human Trafficking in Europe

Inside the State: Governing under Autocracy

In this chat, we talk to Dr. Mai Hassan, Assistant Professor of Political Science at the

University of Michigan, about her research into sub-national electoral strategies of authoritarian leaders after the introduction of multiparty elections.

The Migration of African Basketball Stars: Challenges and Opportunities

In this chat, Dr. Gerard Akindes, a scholar and former professional athlete and coach, gives insights into trends in Basketball administration and play in Africa.

Crystal L. Patil, PhD, is a medical anthropologist with a specialty in mixed methods and global health. She has conducted mix-methods bicultural research in Africa and the urban United States.

Normative Collisions, Amphibious Evasions: Sassoi and the Contested Politics of

Dr. Kwame Edwin Otu, assistant professor of African-American and African studies at University of Virginia, talks about his work and research.

Gender and Social Activism in Ghana

Recent Deputy Minister for Tourism, Culture and Creative Arts (2013-2017) and queen mother in charge of protocol in the Aflao traditional area of Ghana, Honorable Abla Dzifa Gomashie talks to Africa@OHIO Blog about herself.

Benedine Azanu, who just successfully defended her doctoral dissertation in Media Arts and Studies at Ohio University, talks to us after her Africa@OHIO Colloquium presentation.

Life with Konkababy: An Africanist after Ohio

Listen to Dr. Spree MacDonald read one of his poems and talk about his work and influences.

In this series of chats, former OHIO students talk about their work and educational experience and share key insights.

Dr. Matt Kirwin, Division Chief, Division of Africa and the Americas, Office of Opinion Research, Bureau of Intelligence and Research at the US Department of State. 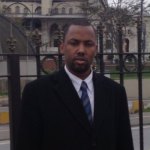 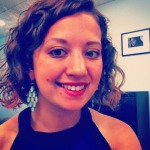 Workshop: Presenting at an Academic Conference

Postcolonial Crime Fiction: A Discussion and Reading from The Monster’s Daughter

Michelle Pretorius, a South African doctoral student in creative writing at Ohio University, talks to Africa@OHIO about her debut book The Monster’s Daughter and her work.

MLK’s Vision for the African Diaspora at Home and Abroad

Chair and Associate Professor of the department of African American Studies, Robin D. Muhammad gave a lecture on Wednesday, January 18 2017 where she discussed MLK’s work and significance in connecting African Americans and the diaspora to the ‘homeland’. The Africa@OHIO Team had a chat with her to capture the details.

On Friday 21st of October 2016,  Professor Nwando Achebe of Michigan State University’s department of History presented at the ‘Africa Crossroads’.“University of Benin F**k Porn: Lesbian Sex, Internet Voyeurism, and Corrective Rape at a Nigerian University” examines a particular event at a federal university in 2011 where some young ladies were forced to make love to themselves, in front of watching male spectators, and digitally record the act for an internet audience. The video clip which was posted on the internet drew the attention of many Nigerians who expressed mixed reactions about the incident – a majority, however, decried the young ladies as lesbians, messengers of the devil who deserve great punishment. For an Africanist Historian who specializes in women’s, gender, and sexuality studies and the relationship between women and power, this event and the public responses it generated reflect the dominant attitude in Nigeria to sexual minorities, and therefore demand scholarly attention as well as advocacy.